I’d take a picture of it, but that would require me shaving my legs and I don’t have time for that. 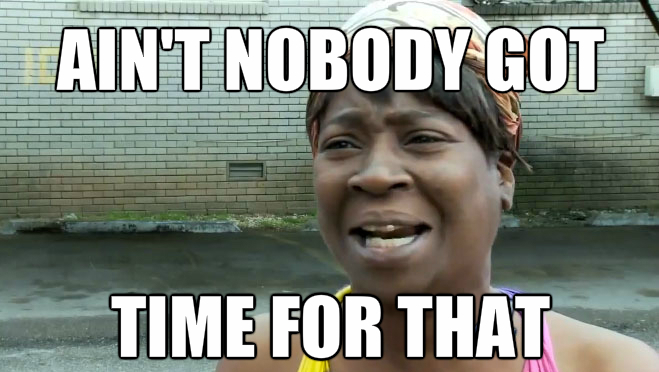 I chose the word “lucky” because that was the nickname I’ve acquired over the years. My mom first started calling me that when I was young when I would climb trees like a crazy reckless monkey and would ride around on our three-wheeler (you know, four wheelers back when they were dangerous and awesome) on two wheels and giving her heart attacks and gray hairs. She would always tell me “you’re lucky you don’t break your neck!”

When I was eleven, I was in a terrible tractor accident that should have left me dead. Instead I walked away from it with just a broken arm.

At the age of 15, driving with my farmers permit, my inexperience with driving on gravel roads ended up with me wrapping my car around a tree. I ended up with a cut on my shoulder.

When I was 16, I totaled my car by colliding with a deer. It was a 1979 vehicle – there wasn’t ABS or airbags or any other safety feature than a seatbelt. Not a scratch.

(Yes, I also had the nickname “Crash” in high school too, but I luckily grew out of that one.)

Playing in a softball tournament when I was 26, I took a line drive to the face. I was lucky there because right before that play, I took off my sunglasses and had the ball hit the sunglasses, I would have had shards of them in my eyes and would have done tons of damage. I was also lucky that it hit me where it did, just a centimeter lower and it most likely would have collapsed my eye socket.

Things that don’t seem to be working out end up working to my benefit in the end. Jobs, opportunities, the list goes on.

A few weeks ago at Crossfit, I had done a max PR for my front squat of 120#. I had some shitty form on that, so I thought “well, if I do it with good form, I can add another 5# onto the bar. It’ll be great!”

As the custom at our box, our coach films our max efforts so we can review/improve our performance.

With this squat, I got down to the bottom and I wasn’t going back up. I had to dump the bar.

Disclaimer: I apparently had missed the training where they taught us how to properly dump a bar. But I had watched my teammates do it often, so I thought I had a good grasp on the concept.

Back to dumping the bar. I did what I thought I had to do, but something twinged in my left wrist when the bar dropped. I thought “well fuck that didn’t go well” and said I was done for the day. I went home and iced it and took ibuprofen for the swelling like I did for any other minor injury I’ve had in my adult life. Go to bed and I’ll be right as rain in the morning.

I didn’t sleep much that night as the pain kept waking me up and by the time daylight rolled around, I made my husband take me to Urgent Care to get it checked out. I mean, I make my living on a computer – it’s kinda hard when you can’t use one of your hands. 😦

They took x-rays to make sure nothing was broken, and they came back completely clear. I had to wear a brace for a week (that made typing really difficult) and then take it easy on the weightlifting until it’s healed.

For the most part, it’s good. I can type with no pain and I can lift things again as long as I have a straight wrist. With a bent wrist (like for barbell presses or pushups), I still can’t put much weight on it. But it’s improving each day, so it’s just going to take time.

A little more than a week after the injury, I went to my box to do a WOD that was all lower body work and didn’t have anything that would aggravate my sprain (I wore my brace just to be safe) and my coach said he reviewed my video to see where I went wrong. Apparently when I poorly tried to dump the bar, all 125# of the bar and my momentum of my arms made my elbows smash into my knees. For those of you keeping track: that is the completely WRONG way to dump a bar. In fact, it’s the “don’t ever do this” thing they tell you about. Then, my coach said:

“You’re damn lucky you didn’t shatter your wrist or break both your arms!”

I have a month of physical therapy coming up – going to finally deal with my shoulder problems and get this wrist back into shape so I can start lifting those heavy bars again. I miss it!

I’m just lucky I only have to work for a month or so to get back to normal.

This site uses Akismet to reduce spam. Learn how your comment data is processed.